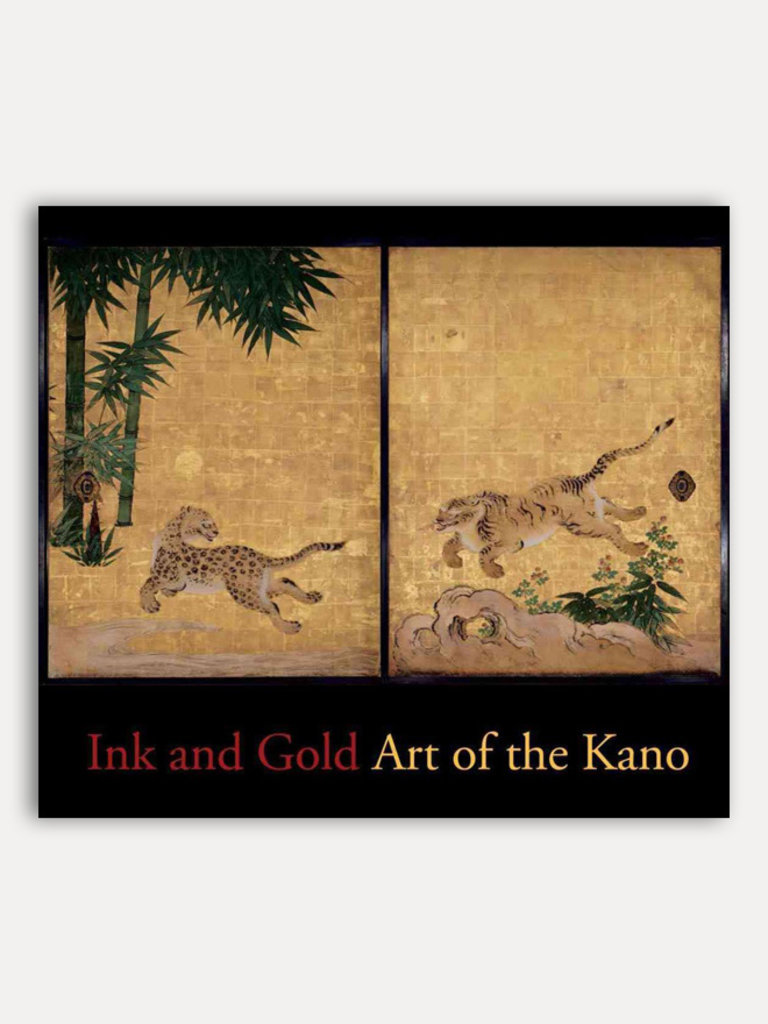 Ink and Gold. Art of the Kano.

The Kano lineage of painters—the most important in Japan—was established in the late 15th century by Kano Masanobu (1434–1530) and continued for more than 400 years, until the early 20th century. Originally limited to successive generations of the Kano family, it soon developed into a school of professional artists. Ink and Gold is the first and most comprehensive book published outside of Japan to address the Kano painters.

Lavishly illustrated, this important volume focuses on the large-scale screens and sliding doors that were designed for the residences of powerful rulers, together with smaller works such as scrolls, albums, and fans. These works—for sites including shogunate residences, Zen temples, teahouses, and homes of wealthy merchants—demonstrate the range of styles that Kano artists employed to suit the tastes of their varied patrons. Essays by leading scholars address the wide range of Kano motifs and styles and also consider the particular influence of Kano Tan’yu (1602–1674). A compendium of Kano artists’ seals, a type of resource published here for the first time, provides an important reference, as does an appendix of images from the most significant album by Tan’yu.

Felice Fischer is the Luther W. Brady Curator of Japanese Art and senior curator of East Asian art and Kyoko Kinoshita is project associate curator, both at the Philadelphia Museum of Art.