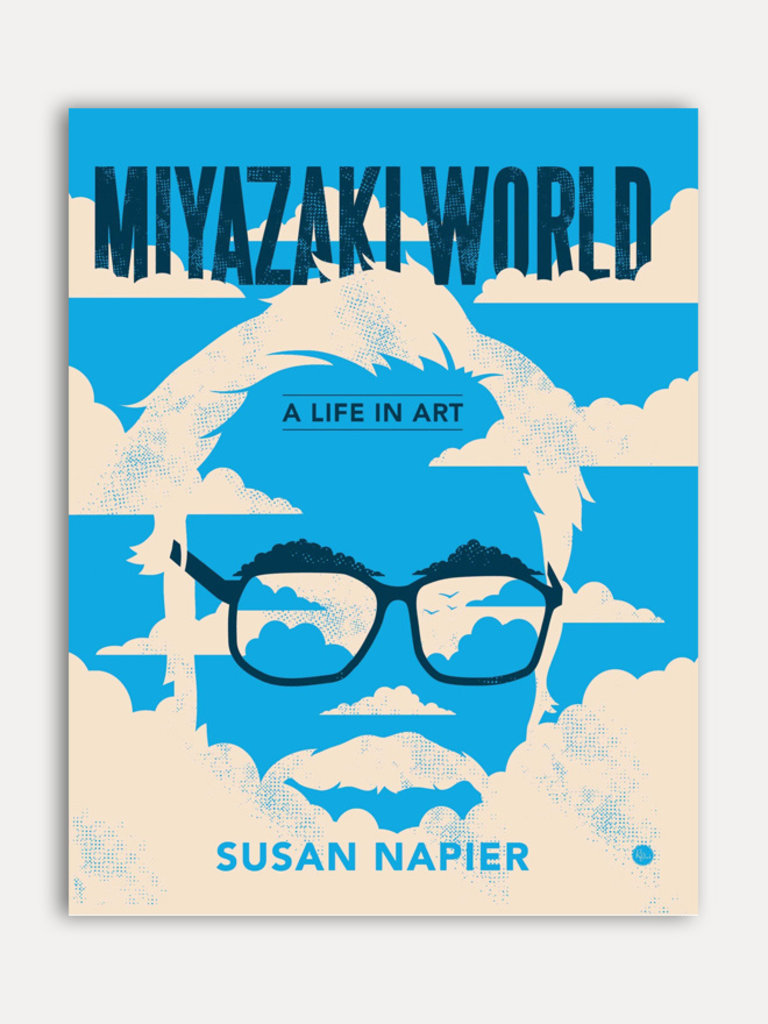 Miyazakiworld. A life in Art.

A thirtieth-century toxic jungle, a bathhouse for tired gods, a red-haired fish girl, and a furry woodland spirit—what do these have in common? They all spring from the mind of Hayao Miyazaki, one of the greatest living animators, known worldwide for films such as My Neighbor Totoro, Princess Mononoke, Spirited Away, Howl’s Moving Castle, and The Wind Rises.

Japanese culture and animation scholar Susan Napier explores the life and art of this extraordinary Japanese filmmaker to provide a definitive account of his oeuvre. Napier insightfully illuminates the multiple themes crisscrossing his work, from empowered women to environmental nightmares to utopian dreams, creating an unforgettable portrait of a man whose art challenged Hollywood dominance and ushered in a new chapter of global popular culture.

Susan Napier is the Goldthwaite Professor of Rhetoric and Japanese Studies at Tufts University. She is the author of Anime from Akira to “Howl’s Moving Castle”: Experiencing Contemporary Japanese Animation, among other books.

Listen to Susan Napier talk about the legendary Hayao Miyazaki: his works, his legacy, and anime in general on the Yale University Press podcast.