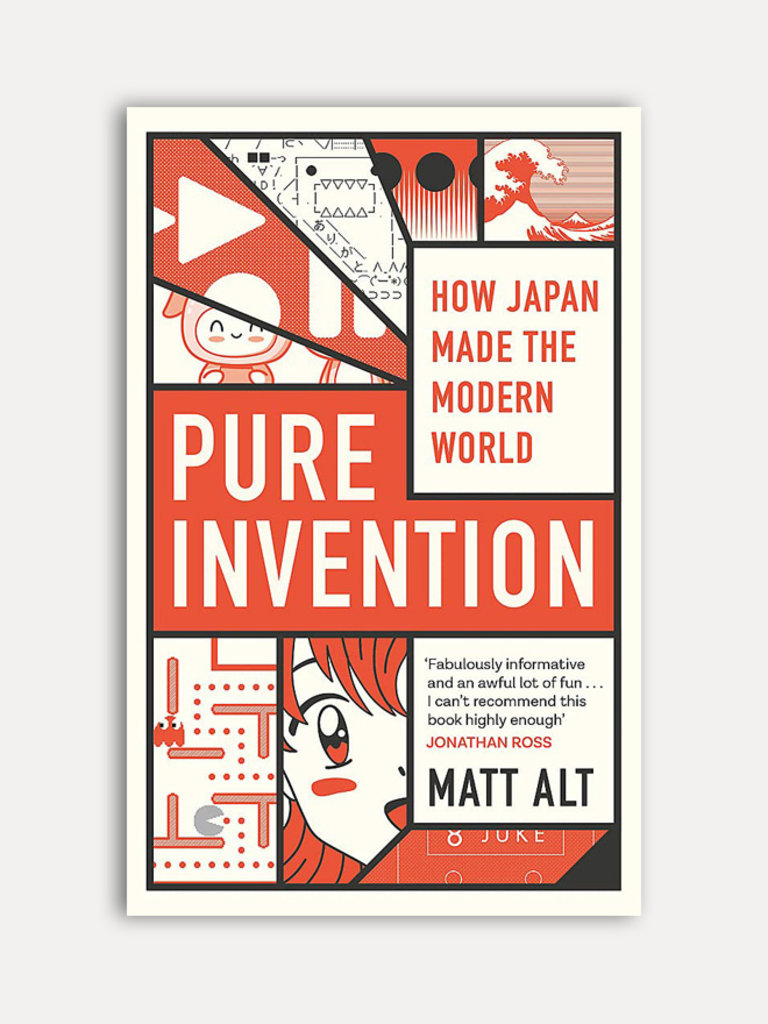 The Walkman. Karaoke. Pikachu. Pac-Man. Akira. Emoji. We’ve all fallen in love with one or another of Japan’s pop-culture creations, from the techy to the wild to the super-kawaii. But as Japanese-media veteran Matt Alt proves in this brilliant investigation of Tokyo’s pop-fantasy complex, we don’t know the half of it. Japan’s toys, gadgets, and fantasy worlds didn’t merely entertain. They profoundly transformed the way we live. In the 1970s and ’80s, Japan seemed to exist in some near future, soaring on the superior technology of Sony and Toyota while the West struggled to catch up. Then a catastrophic 1990 stock-market crash ushered in the ‘lost decades’ of deep recession and social dysfunction.

The end of the boom times should have plunged Japan into irrelevance, but that’s precisely when its cultural clout soared – when, once again, Japan got to the future a little ahead of the rest of us. Hello Kitty, the Nintendo Entertainment System, and multimedia empires like Pokémon and Dragon Ball Z were more than marketing hits. Artfully packaged, dangerously cute, and dizzyingly fun, these products made Japan the forge of the world’s fantasies, and gave us new tools for coping with trying times. They also transformed us as we consumed them – connecting as well as isolating us in new ways, opening vistas of imagination and pathways to revolution.

Through the stories of an indelible group of artists, geniuses, and oddballs, Pure Invention reveals how Japanese ingenuity remade global culture and may have created modern life as we know it. It’s Japan’s world; we’re just gaming, texting, singing, and dreaming in it.

‘Amazingly well researched, fabulously informative and an awful lot of fun. If you love Japanese culture or are just curious to know more I can’t recommend this book highly enough’ Jonathan Ross

‘A nerd- and generalist-friendly look at how Japan shaped the post-World War II world, from toys to Trump . . . A non-native’s savvy study of Japan’s wide influence in ways both subtle and profound’ Kirkus  Reviews

About the Author
Matt Alt is a writer, translator and reporter. He is the author of several illustrated books about Japan. He is the co-host of the TV show Japanology plus on NHK world. He lives in Japan.

€41,95
Op voorraad
The story of manga, a vibrant form of Japanese narrative art, from its historic roots to its place as a contemporary global phenomenon.

Nicole Coolidge Rousmaniere & Matsuba Ryoko
Manga
The story of manga, a vibrant form of Japanese narrative art, from its historic roots to its place as a contemporary global phenomenon.
€41,95
Susan Napier

€22,95
Op voorraad
The story of filmmaker Hayao Miyazaki's life and work, including his significant impact on Japan and the world.