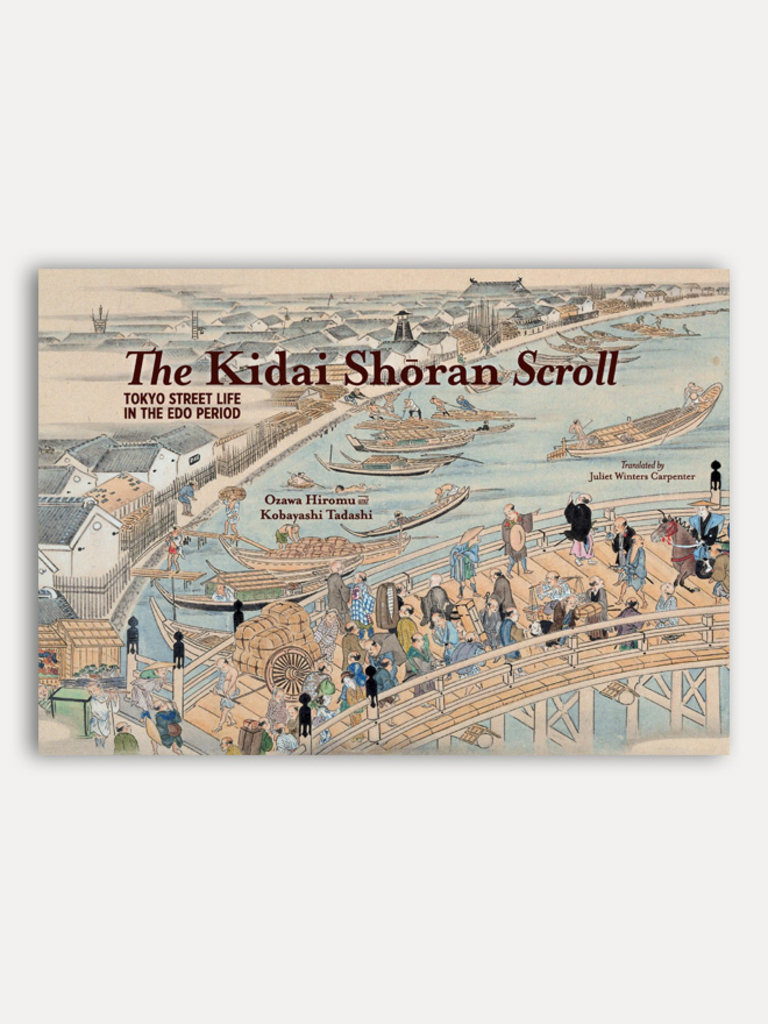 The Kidai Shōran is a magnificent painted Japanese scroll, an artistic rendering of one of the most iconic streets of Edo (as Tokyo was then called) at the beginning of the nineteenth century. It covers five blocks of the main shopping thoroughfare leading south from the Imagawa Bridge to the bridge at Nihonbashi. Though it is believed to have been painted by a well-known artist, its provenance is shrouded in mystery. But over its more than 12-meter length, the artist has given us an almost cinematic look at urban life during the Edo period. More than 1,600 people are depicted here, coming from every walk of society, from samurai to student, hairdressers, minstrels, and geisha. Their activities are portrayed in rich and loving detail: here a young pilgrim receives alms, there a blind masseur rushes to his next appointment, on the other side of the street, a construction crew raises the framing that will become a new shop.

In this fascinating book, the authors bring these details to life with expert commentary and knowledgeable analysis of the times when the scroll was created.