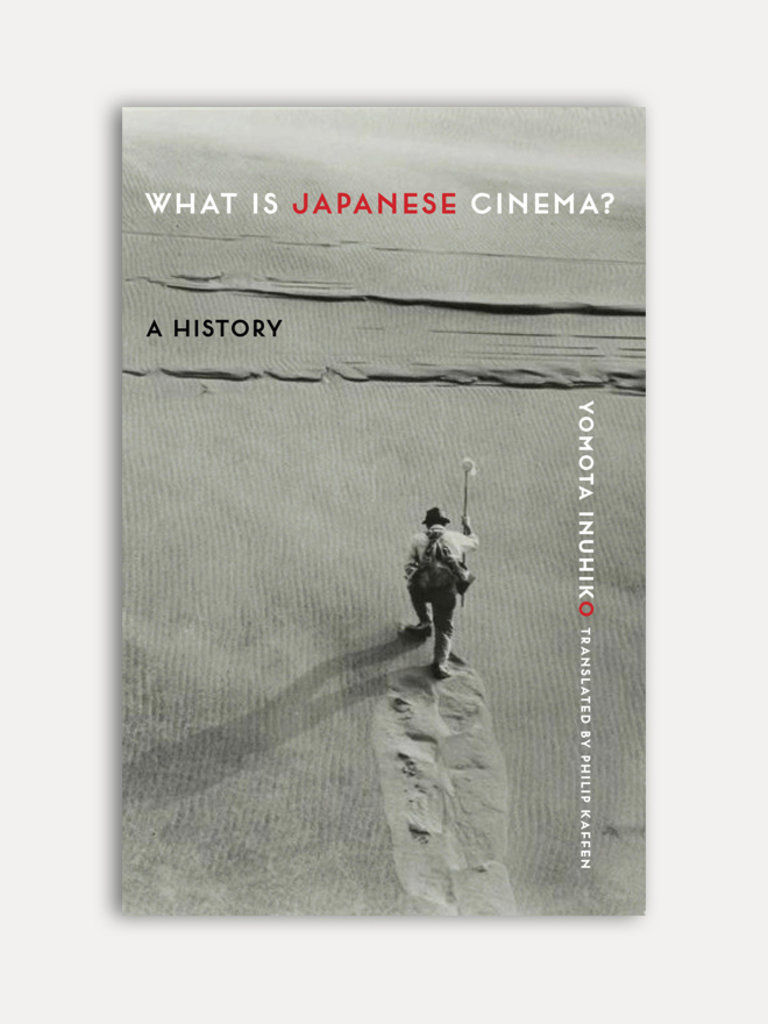 What is Japanese cinema? A history

What might Godzilla and Kurosawa have in common? What, if anything, links Ozu’s sparse portraits of domestic life and the colorful worlds of anime? In What Is Japanese Cinema? Yomota Inuhiko provides a concise and lively history of Japanese film that shows how cinema tells the story of Japan’s modern age. Discussing popular works alongside auteurist masterpieces, Yomota considers films in light of both Japanese cultural particularities and cinema as a worldwide art form. He covers the history of Japanese film from the silent era to the rise of J-Horror in its historical, technological, and global contexts. Yomota shows how Japanese film has been shaped by traditonal art forms such as kabuki theater as well as foreign influences spanning Hollywood and Italian neorealism. Along the way, he considers the first golden age of Japanese film; colonial filmmaking in Korea, Manchuria, and Taiwan; the impact of World War II and the U.S. occupation; the Japanese film industry’s rise to international prominence during the 1950s and 1960s; and the challenges and technological shifts of recent decades.

Alongside a larger thematic discussion of what defines and characterizes Japanese film, Yomota provides insightful readings of canonical directors including Kurosawa, Ozu, Suzuki, and Miyazaki as well as genre movies, documentaries, indie film, and pornography. An incisive and opinionated history, What Is Japanese Cinema? is essential reading for admirers and students of Japan’s contributions to the world of film.

About the author
Yomota Inuhiko is an acclaimed Japanese essayist, cultural critic, and poet, the author of dozens of books on a wide range of subjects. He taught film studies and comparative literature at Meiji Gakuin University.
Philip Kaffen is an assistant professor in the Department of Languages and Culture Studies at the University of North Carolina, Charlotte.

Back to home
Woojeong Joo

The Cinema of Ozu Yasujiro

€34,95
Op voorraad
A re-interpretation of the master of Japanese cinema from a socio-historical perspective.