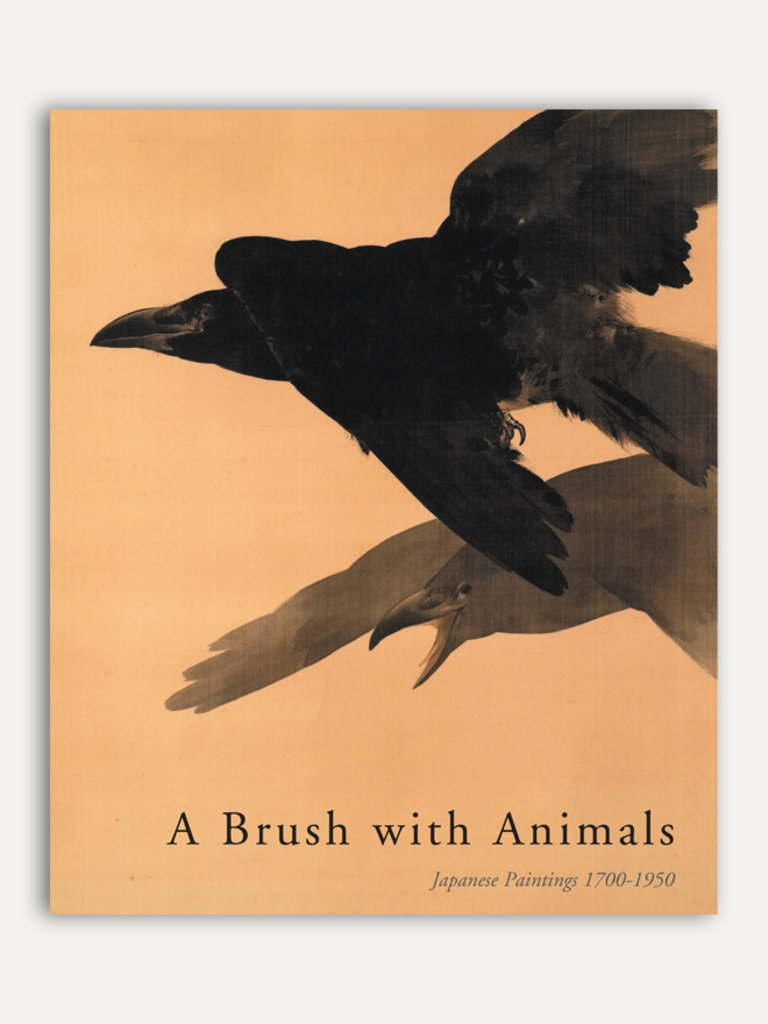 Japan has a long and rich tradition of using animal imagery in works of art. A Brush with Animals. Japanese Painting 1700-1950 gives an overview of Japanese animal painting, covering some 250 years, with an emphasis on works by artists of the naturalistic Shijô School. It illustrates the wonderful variety of animals that figure in Japanese iconography, including the 12 animals of the zodiac and many mythological creatures.

The reader is thus taken on a tour through the animal kingdom, which is profusely illustrated with no less than 300 colour images. A selection of essays explains in great detail the stories and legends behind the animal imagery and provides background information on the practical aspects and social context of Japanese hanging scroll paintings. A useful tool for the collector and a delight for anyone sensitive to the beauty of Japanese art.

A Brush with Animals was selected from collections of members of the Society for Japanese Arts (private and museum collections), to commemorate the 70th anniversary of the Society. Many of the paintings are published here for the first time.

"As a Japanese bestiary, this collection (...) is representative and sensitively presented. As a record of the bond between man and beast, it is moving as well. And as a commemoration of the Japanese animal kingdom, it is splendid." – Donald Richie, in: The Japan Times