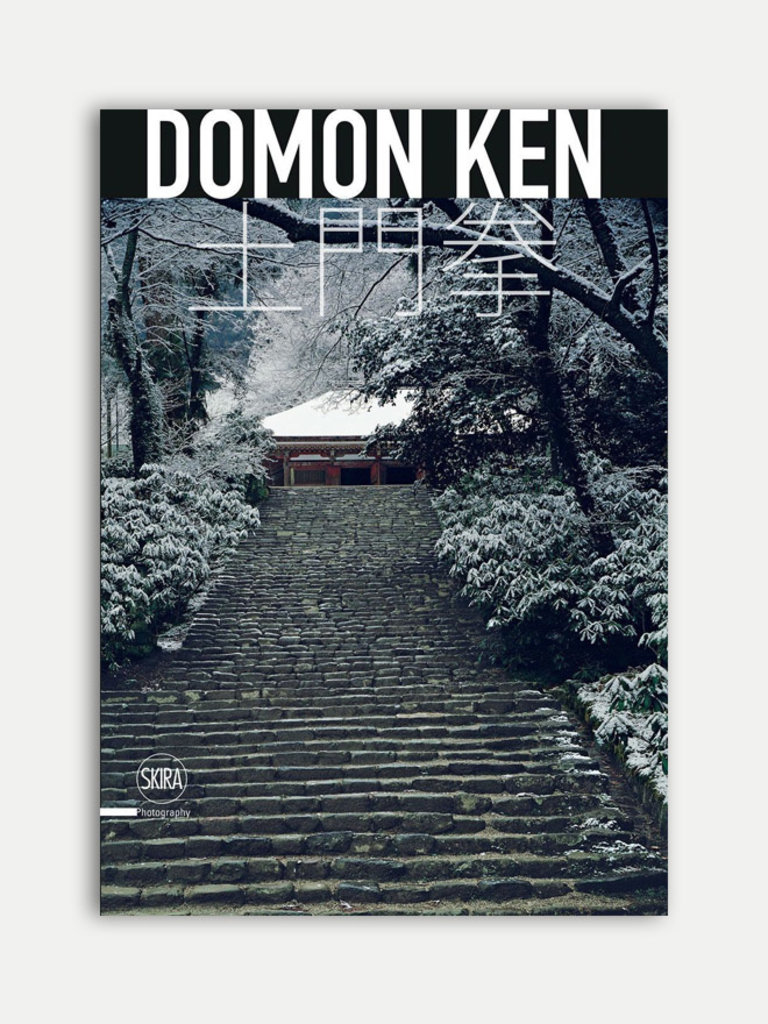 The breadth and diversity of this Renaissance man’s oeuvre reveals untiring attention to and interest in the culture, art, faces, society and politics of his country. With over 70,000 pictures taken between the 1920s and the 1980s, Domon Ken is considered the supreme master of Japanese photography as well as the main exponent of realism as the only approach possible.

Over the years he honed his craft, shifting from propaganda photography during the war to photography as a life’s mission, in search of his own Japan: a fascinating and silent Japan of ancient temples, Buddhist sculptures, puppet theatres (where he took refuge during the war); the seductive and expressive faces of celebrities alongside the modest ones of street urchins; up to the poorest Japan of mining villages and finally his most disturbing and modern work portraying Hiroshima and its unhealed wounds.

Rossella Menegazzo is a professor of East Asian Art History at the University of Milan. Takeshi Fujimori is the artistic director of Ken Domon Museum of Photography, Sakata, Japan. Yuki Seli is a contemporary Japanese photographer.