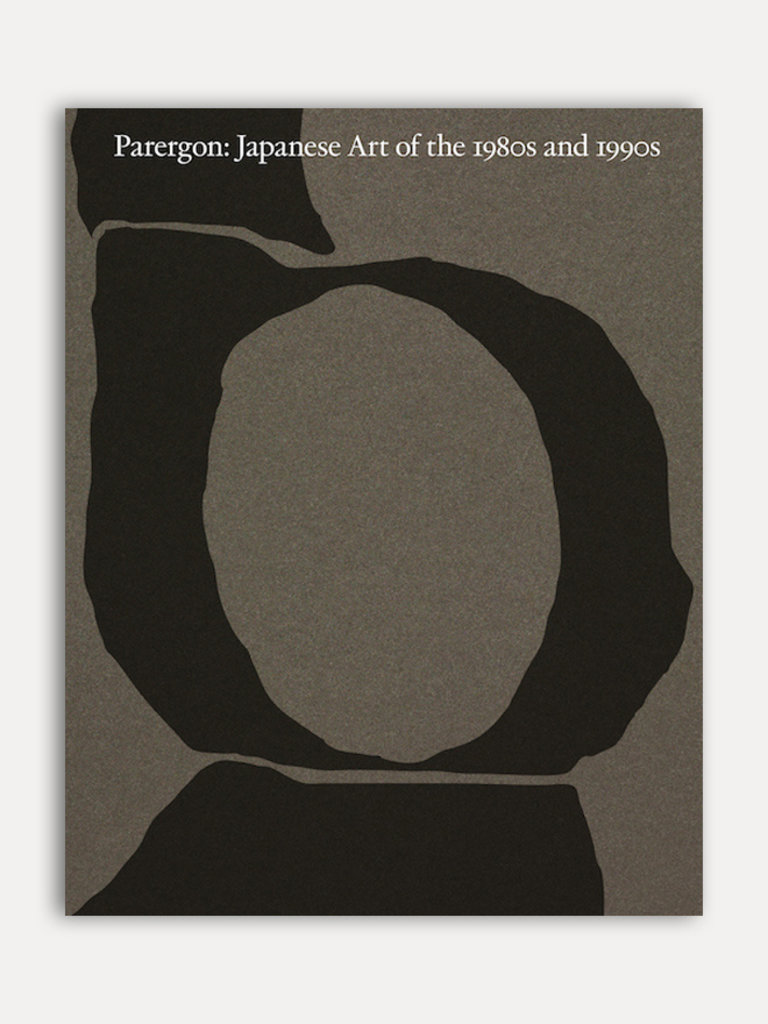 The title makes reference to the gallery in Tokyo (Gallery Parergon, 1981-1987) that introduced many artists associated with the New Wave phenomenon, its name attributed to Jacques Derrida’s essay from 1978 which questioned the “framework” of art, influential to artists and critics during the period. Parergon brings together some of the most enigmatic works that were first generated during a rich two-decade period that are pivotal to the way we perceive and understand contemporary Japanese art today. In the aftermath of the conceptual reconsideration of the object and relationality spearheaded by Mono-ha in the 1970s, this era opened up new critical engagements with language and medium where artists explored expansions in installation, performance, and experimental multi-genre practices.

The book follows the exhibition at Blum & Poe which ran in two parts from February to May 2019 in Los Angeles.

Mika Yoshitake is Guest Curator at Los Angeles County Museum of Art, Los Angeles. Her extensive scholarship on postwar Japanese art situates her in the unique position to pursue the significant shifts in artistic strategies since the 1960s and 1970s. She was Curator at the Hirshhorn Museum and Sculpture Garden in Washington, D.C. from 2011-2018.

David Novak is is associate professor of music at University of California, Santa Barbara in the ethnomusicology department, and is director of the Center for the Interdisciplinary Study of Music.