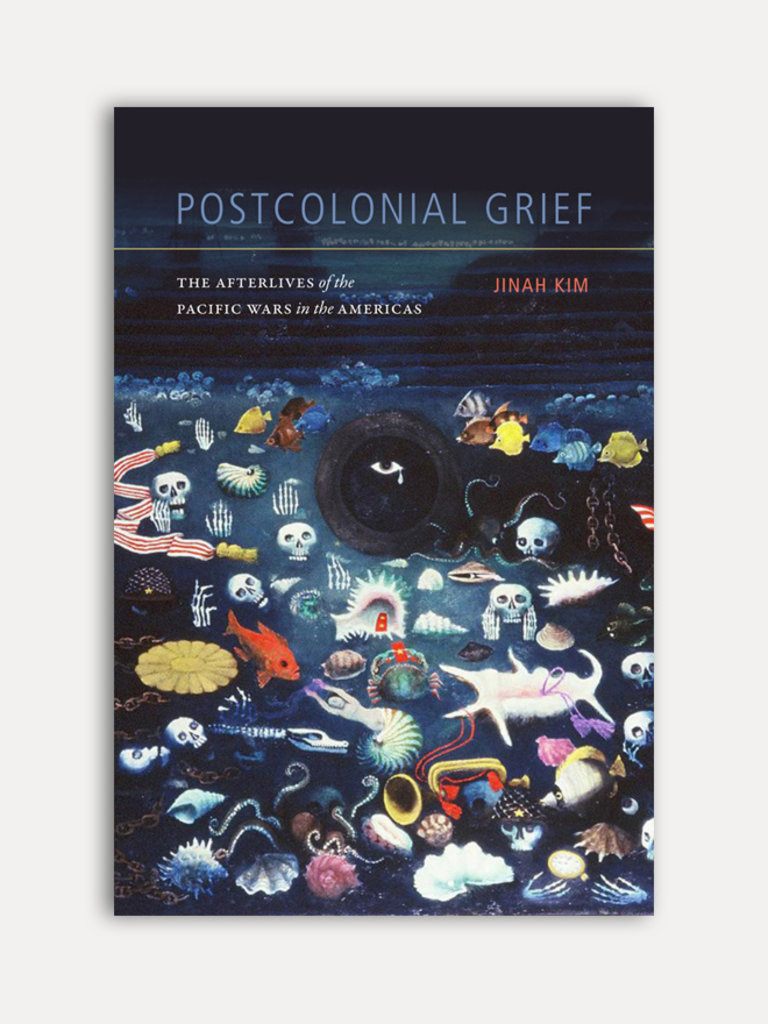 Postcolonial Grief - The Afterlives of the Pacific Wars in the Americas

Kim shows how primarily U.S.-based Korean and Japanese diasporic writers, artists, and filmmakers negotiate the necropolitics of Asia and how their creative refusal to heal from imperial violence may generate transformative antiracist and decolonial politics. She contests prevalent interpretations of melancholia by engaging with Frantz Fanon's and Hisaye Yamamoto's decolonial writings; uncovering the noir genre's relationship to the U.S. war in Korea; discussing the emergence of silenced colonial histories during the 1992 Los Angeles riots; and analyzing the 1996 hostage takeover of the Japanese ambassador's home in Peru.

Kim highlights how the aesthetic and creative work of the Japanese and Korean diasporas offers new insights into twenty-first-century concerns surrounding the state's erasure of military violence and colonialism and the difficult work of remembering histories of war across the transpacific.