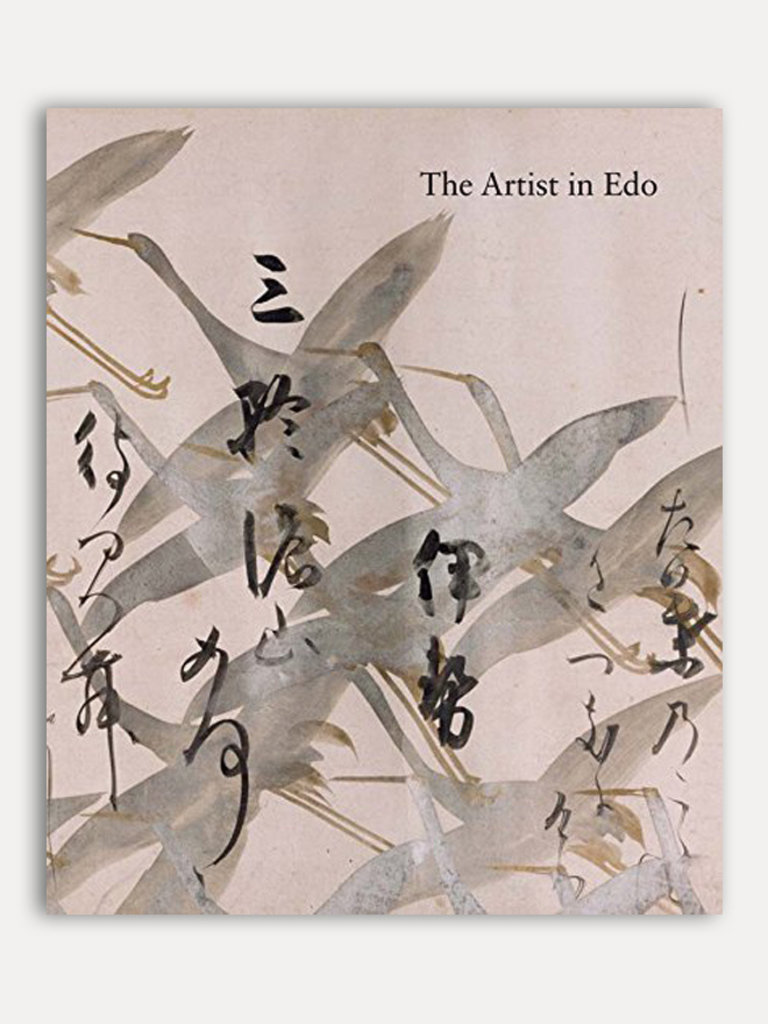 The Artist in Edo

A historic first showing outside Japan of Itō Jakuchū's thirty-scroll series Colorful Realm of Living Beings (c. 1757–1766) at the National Gallery of Art was the occasion for this collection of twelve essays that reimagine the concepts of the artist and art-making as they were understood in early modern Japan.

During the Edo period (1600–1868), peace and economic stability under the Tokugawa shogunate allowed both elite and popular arts and culture to flourish in Edo (Tokyo) and Kyoto. The essays consider a wide range of art forms—screen paintings, scrolls, prints, illustrated books, calligraphy, ceramics, textiles—giving extended attention to Jakuchū's spectacular series as well as to works by a range of contemporary artists such as Ogata Kōrin, Nagasawa Rosetsu, Hon’ami Kōetsu, Tawaraya Sōtatsu, Katsushika Hokusai, and others.

Selected contributions address issues of professional roles, including copying and imitation, display and memorialization, and makers’ identities. Some explore the new form of painting, ukiyo-e, in the context of the urban society that provided its subject matter and audiences; others discuss the spectrum of amateur and professional Edo pottery and interrelationships between painting and other media. Together, they reveal the fluidity and dynamism of artists’ identities during a time of great significance in the country’s history.